Enterprises Complacent in the Face of Rising Mobile Threats

LAS VEGAS and MOUNTAIN VIEW, Calif., Aug. 2, 2016 /PRNewswire/ -- Enterprises continue to fall short when it comes to protecting corporate data on mobile apps and devices, according to the Mobile Security and Risk Review, released today by MobileIron (NASDAQ:MOBL) at the 2016 U.S. Black Hat conference taking place in Las Vegas, July 30-August 4. Mobile threats are on the rise but only 8% of companies are enforcing OS updates and less than 5% are using App Reputation or Mobile Threat Detection software. 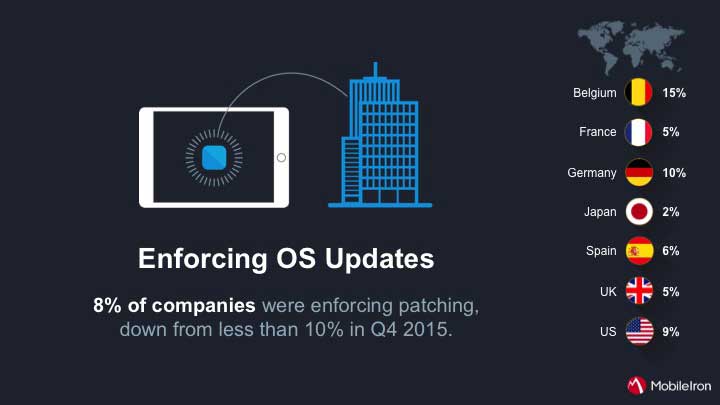 The second edition of the Mobile Security and Risk Review updates Q4 2015 data and discusses an emerging set of threats and risks, including enterprise compliance failures, compromised devices, and data loss risks.  For the first time, the review also identifies enterprise security trends on a geographic regional basis and for the government vertical.

Download the Mobile Security and Risk Review for Q2 2016 here: www.mobileiron.com/securityandriskreview, and visit MobileIron at Black Hat in booth #1568.

"The velocity of mobile attacks is increasing but the latest data shows that enterprises are still not doing the things they could be to protect themselves," said James Plouffe, Lead Architect, MobileIron. "This lack of security hygiene demonstrates that enterprises are alarmingly complacent, even when many solutions are readily available."

Mobile attacks on the rise
The report outlines several new mobile attacks which have emerged that threaten enterprises. Most are simply re-using old tactics against mobile-specific services, such as SideStepper's use of Man-In-the-Middle (MITM) against MDM, rather than employing new techniques or exploiting new vulnerabilities. However, when attacks against users are successful, they can result in the loss of both personal and business data.

The following mobile attacks either emerged or worsened in the last six months:

For the full list of trends, go to: www.mobileiron.com/securityandriskreview.

"When an unmanaged app that can potentially access corporate data or bypass corporate security measures achieves broad consumer adoption, IT departments look to disallow it because they can't protect corporate data in an app they don't manage," said Plouffe.

Globally, Government organizations are less prepared to deal with security incidents than the global average.

iOS remains dominant in the enterprise
The share of iOS devices grew from 78% in Q4 2015 to 81% in Q2 2016. The share of Android devices remained flat at 18% during this timeframe.

About MobileIron
MobileIron provides the secure foundation for companies around the world to transform into Mobile First organizations. For more information, please visit www.mobileiron.com. 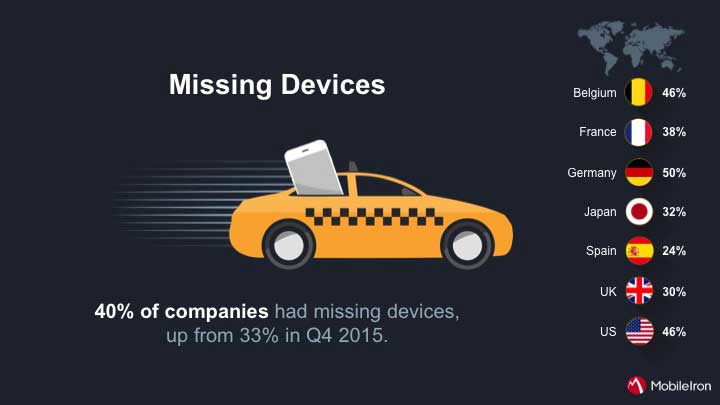 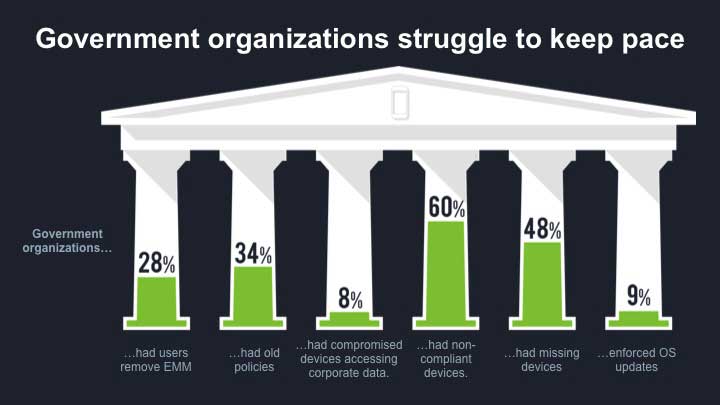 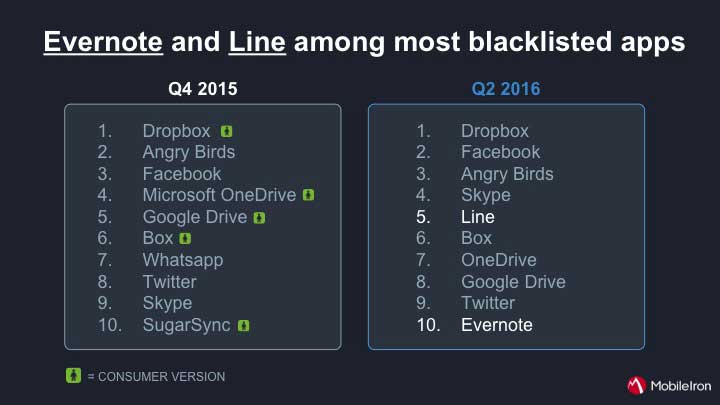 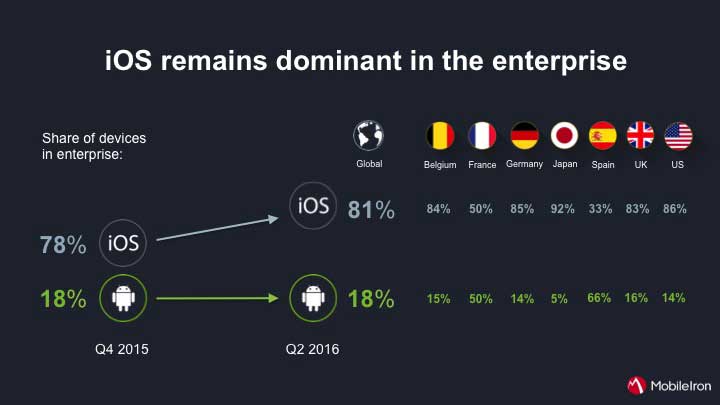